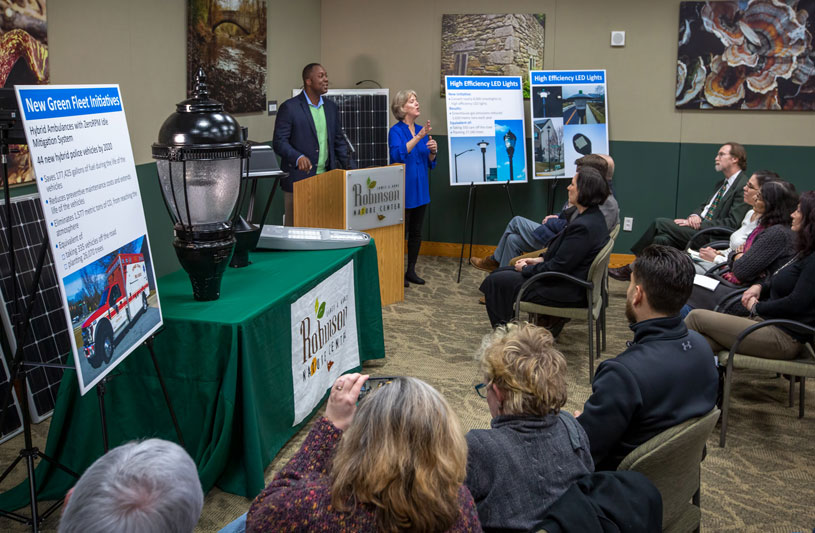 Howard County Executive Calvin Ball announced on February 26th, 2019 a series of commitments to lower greenhouse gas emissions and stem the causes of climate change. This includes signing on to the “We Are Still In” declaration – a promise to world leaders that Americans will not retreat from the global pact to reduce emissions.

Howard County will aim to reduce greenhouse gas emissions of County government operations 45 percent below 2010 levels by the year 2030 and reach zero emissions by 2050. This will be accomplished by reducing County energy use, lowering fleet fuel consumption, and increasing renewable energy generation on County property. Because of these commitments, the Maryland Energy Administration (MEA) has designated Howard County one of Maryland’s Smart Energy Communities and provided an initial grant of $75,000 to improve the energy efficiency in public buildings. By 2024, Howard County is committing to:

Howard County also is the first county in the nation to accept the U.S. Climate Alliance’s Natural and Working Lands Challenge. The challenge calls on jurisdictions to increase carbon sequestration in forests, farms, and other lands.

News and updates delivered to your inbox