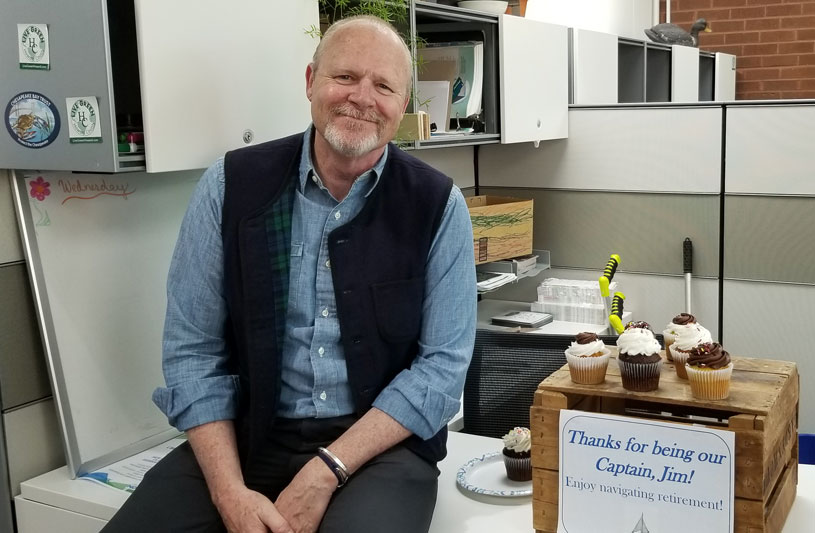 Jim articulated the pitfalls of a massive reorganization to create a new Department and instead suggested the creation of a small policy office that could work closely with administrative leadership and across departments. Shortly after his recommendation – the Office of [Environmental] Sustainability was created.

A few years later Jim was hired to manage the County stormwater program. After a change in Executive leadership, he managed the Office of [Community] Sustainability for the last four years, before retiring last month. There is simply no way to overstate how critical Jim has been to instituting a culture of sustainability in County government and in the entire Howard County community.

His retirement is well earned, and we wish him the best, but the entire Howard County community will miss his daily input terribly.

News and updates delivered to your inbox