Howard County government continually takes a hard look at its operations to find ways to save energy. Howard County has had success phasing in electric and hybrid vehicles which reduce fuel and maintenance costs. Howard County has also converted many traffic lights and street lights on County roads to LED lights. Many County buildings have also undergone energy efficiency upgrades. New buildings are built to LEED standards, striving for the highest efficiency levels possible. 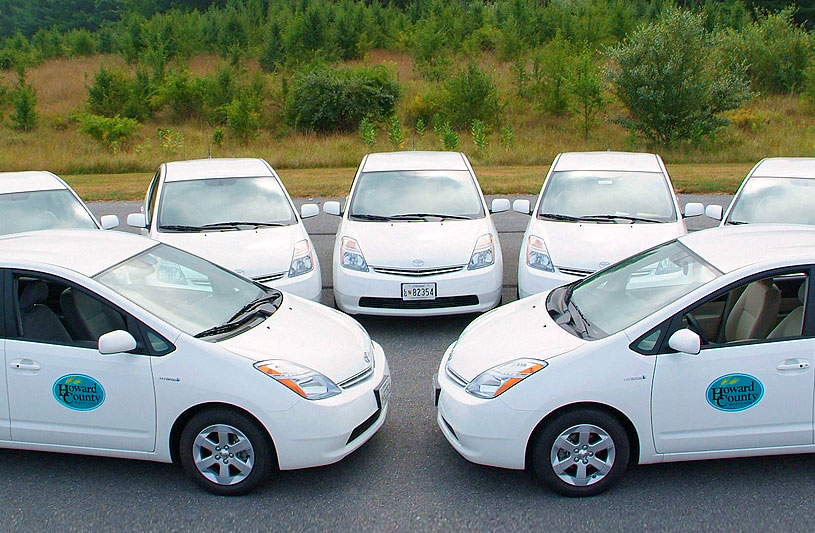 Howard County strives to move away from petroleum fuel vehicles and replace them with electric and hybrid vehicles. Howard County implemented a Green Fleet policy that includes reducing unnecessary idling, limiting the use of take-home vehicles, and replacing older petroleum-fuel administrative vehicles with electric vehicles. Other petroleum-only vehicles are replaced with hybrids when due for replacement when that option exists. The goal of the Green Fleet Policy is to reduce petroleum fuel consumption in its fleet by 20% by 2024.

Howard County also incorporated two diesel-electric hybrid buses into the Howard Transit service. These hybrid buses reduce fuel consumption by about 35% and reduce maintenance and repair costs compared to similar diesel buses. Howard County received funds in 2020 through the Maryland Department of the Environment to replace an additional three old buses with upgraded “clean diesel” which reduces significant air pollutants (NOx and particulate matter) and the greenhouse gas carbon dioxide by over 90%. 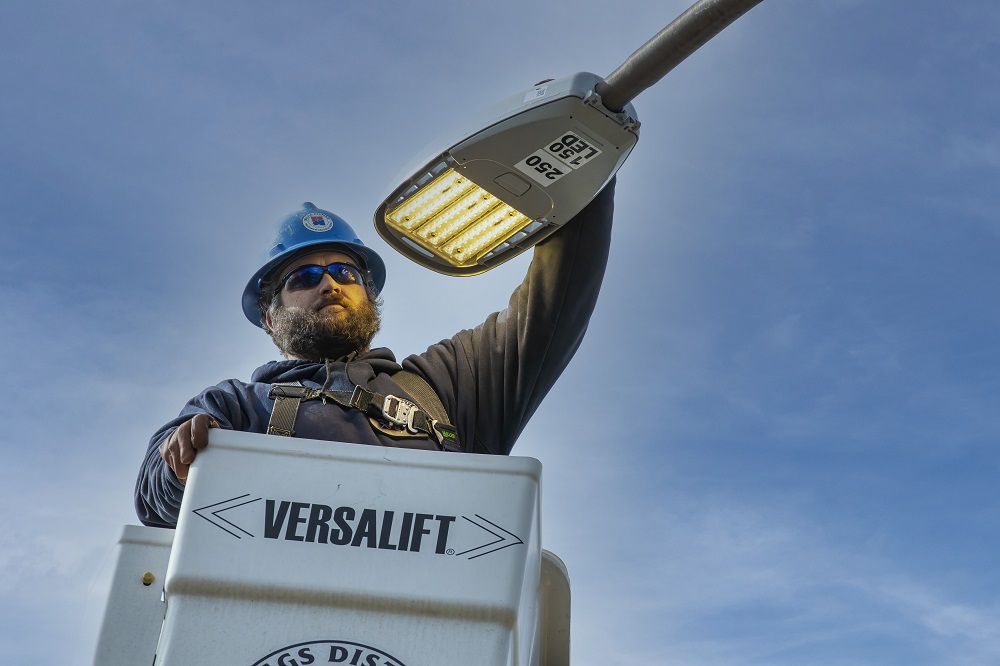 Howard County has converted all the traffic lights on County roads to LED (light-emitting diode) lights. LED lights use dramatically less energy than incandescent lights. All 85 intersections were upgraded to use bulbs using an estimated 60% less energy.

Howard County has taken the initiative to convert all streetlights in Howard County to LED bulbs. In January 2021, Howard County began its goal of switching 10,000 streetlight bulbs for LEDs. Converting all bulbs will result in a reduction of electricity use by over 225,000 kWh per year and a reduction of GHG emissions by 3,045 metric tons over the life of the project. Once completed, the carbon reductions emissions are equivalent to planting 50,000 trees. To date, the County has converted 25.2% of street lights to LEDs.

An energy performance contract (EPC) is a way to finance energy-saving improvements. An EPC uses an innovative three-part partnership:

In 2009, Howard County’s EPC energy upgrades in seven County facilities resulted in $238,000 of annual energy savings. In 2015, Howard County’s follow-on EPC efforts included energy audits at all 200-plus County-owned facilities and proposed energy conservation measures in 67 buildings.  The installation of the measures in all buildings was completed in 2018 and the energy performance contract guarantees $900,000 in annual cost savings.

On top of the EPC, Howard County received grants and rebates to “retrocommission” seven buildings. Retrocommissioning involves building tune-ups that maximize energy efficiency and cost savings. The building tune-ups include making sure heating and cooling systems are working, and are calibrated and programmed properly. Additional tune-ups include repairing and replacing other sensors, coils, and systems.  As of 2021, retrocommissioning has been done at the East Columbia Library, Ellicott City Senior Center, North Laurel Community Center, Gateway Building, Glenwood Public Library, Scaggsville Public Safety Complex, and the Charles E. Miller Library.

BRCPC creates a number of benefits including advice from experts, discounts due to the increased volume of demand, and a hedge against price volatility.

To learn more about the ways in which you, your workplace, or your organization can be more energy-efficient, visit the links below.